Transforming a countryside into a long-term sustainable ranch takes imagination.  Lee Hudson, proprietor of Hudson Ranch, has cultivated a vision for farming into a tangible reality on a Carneros property in the Napa Valley. Hudson Ranch began planting in 1981 and, since then, has evolved into a fully-functioning farm that compliments the area’s natural surroundings. The ranch incorporates winemaking and hospitality facilities. While the Hudson Ranch is an interesting story of holistic farming, this Nordby Effect post discusses how their newly-built wine cave serves a greater purpose. 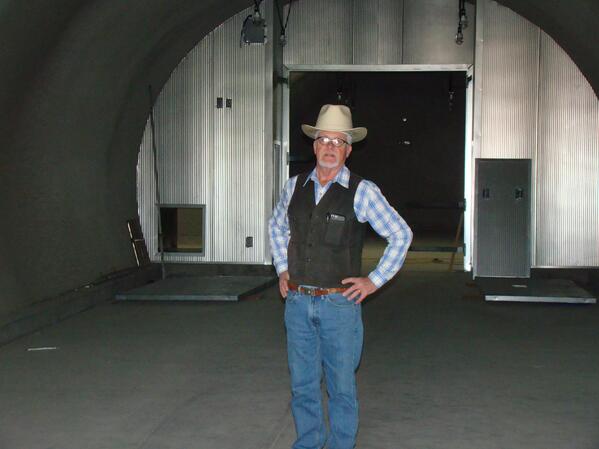 To understand Hudson Ranch, it’s important to learn the background of the man behind the vision. Lee Hudson, proprietor of Hudson Ranch came to California in 1975.  Born and raised in Houston, Hudson comes from a Texas Oil family. With a B.S. in Horticulture from the University of Arizona, he worked with the esteemed Jacques Seysses of Domaine Dujac, in Morey St. Denis, Burgundy. He returned to the United States to begin his graduate studies in viticulture and enology at the University of California at Davis. From Monterey to Mendocino, he searched the state before finally deciding on the Carneros property in the Napa Valley, that would ultimately become the Hudson Ranch.

The Hudson Ranch is focused on mindful agriculture.  The project started as a collaboration between two friends. Designed by Ned Forrest, Hudson Ranch is the third project Lee Hudson and Ned worked on together. The result is a design program that is frank, direct, devoid of frivolity. The site is a conscientious alignment between spaces and ranch processes.  From back to front-of-house activities, there was tremendous effort in creating a fluid dynamic with the highest level of intention. Hudson says, “The process needed to make sense from production to presentation and the design needed to be ergonomically, aesthetically, and visually cohesive. That meant a lot to Ned and me.”  Originally submitted for plan review in 2000, the project commenced five years ago. It’s taken 26 months to obtain the permit and 22 months to build. The ranch environment is designed to support responsible farming practices, which includes winemaking and hospitality.

Hudson Vineyards is an extension of farming practices. The winery now features a newly built wine cave. Lee Hudson’s wife, Cristina, was involved in every step of cave planning. Together, they visited between 40 to 50 caves, gathering ideas that made sense to them.  They developed a plan intended for storage, not for public visitation.  Hudson added that he does not particularly enjoy being in a cave whether it’s for hospitality or recreation.  For Hudson, the end-product is most important.

The motivation behind building the cave is that it does not need to be heated or cooled and has long-term value.  Prior to boring into the Earth, initial test borings indicated underground conditions may not be favorable for wine storage.  Fortunately, the borings were incorrect, and the underground space temperature reads 58 degrees.  The cave will be used to house a volume of red wine within a minimum amount of surface area. The space is simple and not really complicated. The building materials are very uniform. It’s equipped with a ventilation system, which is solely used for air flow. For Hudson, the cave will soon serve as production space, “We will crush in August to get ready for the 2018 Harvest. Everything will be done on the ranch and we’re lucky to have the storage.”

Hudson has learned that it is important to work with people who know what they are doing and get it done. He says, building the cave was, “…a hell of a lot fun. I love building things; I like the process. Nordby Wine Caves did a great job. They were in and out really quick. Rick Shone and his crew are very professional, which makes it all the better. When you work with people who enjoy the work, it makes it much more enjoyable. I’m very pleased.”

To anyone who is considering a wine cave, Hudson recommends visiting a whole bunch of people and caves. He says, “Look at their site and evaluate whether it works. It’s important to do the due diligence, bore holes, and test.” He also says that not every place is conducive for a cave.  However, they are fantastic places to store wine. 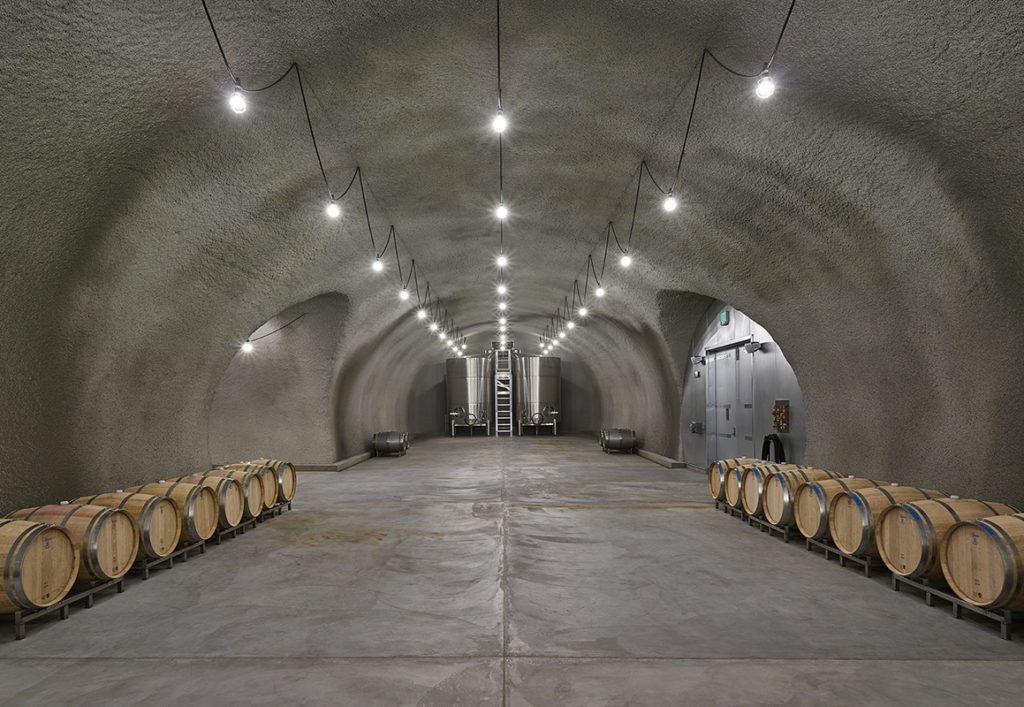 Involvement in the Community